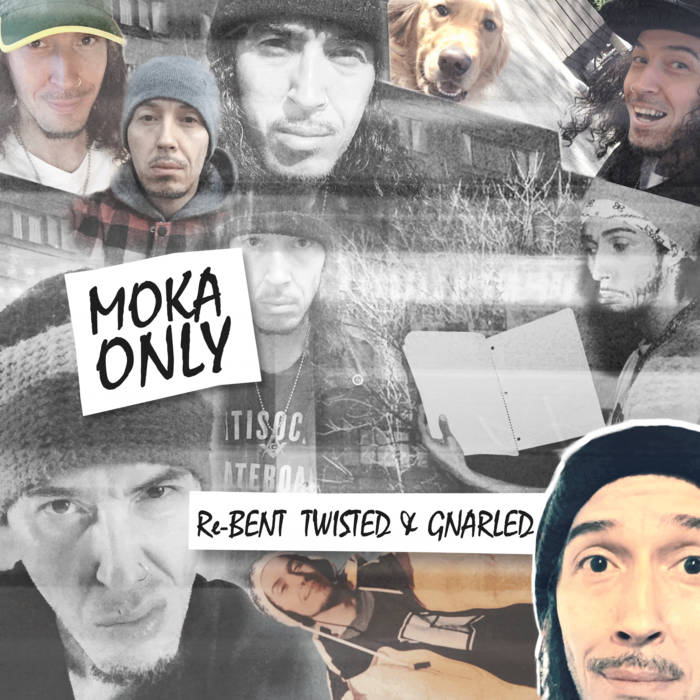 This album is dedicated to Ishkan.

It’s really a remake of sorts, recalling Bent Twisted a gnarled album from 2000 that he created with Deceo (a.k.a. starving marvel). To me, this album is such a marvelous work of art—one that represents the crew I was in, and the music we surrounded ourselves with. Ish may claim that it sounded rough or rushed, but for me it captured the vibe of that era better than any project I was doing at the time. That's my opinion.

For THIS project I tried to stick to the script without making exact duplicates of Deceo's original beats. I wanted to “keep the feel” as best as possible and, in some instances, create similar melodies.

My songwriting follows themes that Ish tackled on the original album, and anyone familiar with it, may hear some direct quotes! Songs on Re-bent, like “My Way” and “What the Good Weather Brings,” are really songs from Ish’s original album, but with different wording. I followed Ish's original stories almost to a T, but interpreted from my perspective. The funny freestyle segments I did were a laugh! Not meant to be taken too seriously, I was just capturing a moment. “Dirt Hustle” was fun to remake with Jeff Spec, it feels like the original but with a twist!


Recap to the beats, I really wanted to reflect, thematically, and embrace the FUNK of hip hop's golden past: upright bass lines, super crunchy drum breaks, soul chopped up and arranged in a very basic manner. Intentional! the whole project really was an exercise that brought out an older 'extra lyrical' and 'emcee smashing' element that I've been wanting to revisit. Just pure fun! This work may even reshape my future arsenal.

Anyhow, this one goes out to my man Ishkan. His talent and voice have been sorely overlooked, and it is my wish for everyone who enjoys this project to go and seek Ishkan's works. It's a Torchlight Commission thing. 2016.