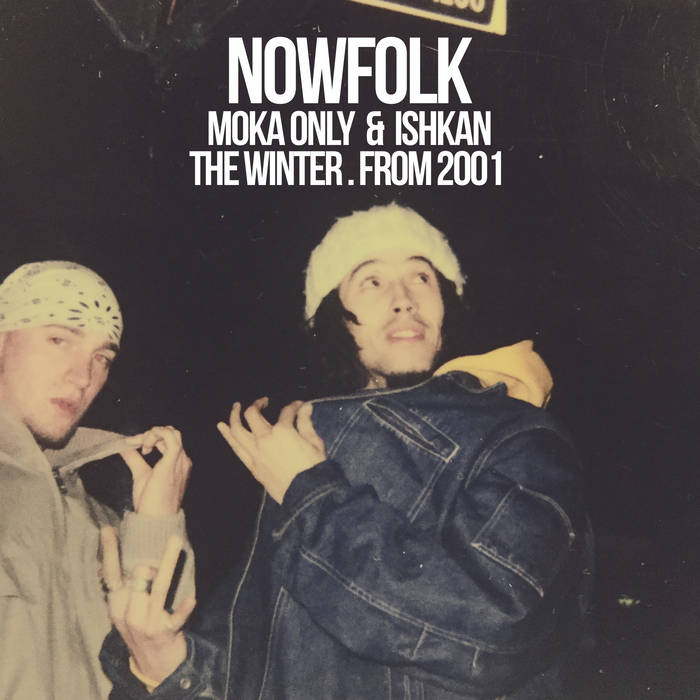 Nowfolk, The Winter: This project was conceived in October 2001. Ishkan and I were looking to make a follow up to the "Moon’ album, which at the time had yet to actually be released. We just wanted to keep the momentum going. I think Ish came up with the idea of titling this project 'The Winter', since it was fall, and beginning to ease into that classic dark, damp ‘Vancouver city vibe’ that we knew so well. As a warm up, we knocked out a couple of tracks but didn't end up keeping them. One of those tracks featured Dave Psy of Oddities and The Nope fame. It took us a couple of practice jams to really get into the mood of what we were trying to convey.

I recall having a blast recording the song 'Water Damage' with Sunspot who was visiting town at that time. This was a day or so before Halloween and the apartment above me actually caught fire prior to recording. The fire department came and saved the day, but all this water started leaking down through the ceiling, and Ish, Sunspot and I had to rush to cover up my equipment to save it from being drenched and shorting out. The equipment was fine, although the ceiling remained funky for a while, hence the song title 'Water Damage'.  I'm not sure where I was trying to go with that beat but hey, I still dig it. Other standout sessions for me include 'Gotta do What I Gotta do'…was fun coming up with that beat based around a one and a half bar loop, and that silly screaming sample at the end. Love the vibe on that one. The recording of 'Charge Me' still makes me giggle a bit due to the fact that I was being a little too demanding of a particular vocal performance from Ish, and he finally got pissed off and rapped his verse rather passive aggressively. I ended up loving that take the best and we kept it. Haha, sorry Ish. The song 'Hey You' was unique in the fact that Ish and I both did our separate verses back to back, and then after the hook we did each other's verses, just to flip things up a bit. On the track “Strip it Down' it seems I pitched my vocal up and I have no recollection of WHY I did that, lol.

We pretty much finished recording this project by January 2002.  Anyhow, I realize that this album sort of had a soft release last year on the now defunct Beautiful Records. It was only available to those who had a subscription service with Beautiful and there was no promotion for it, so essentially it's as if it never came out. I doubt very many of y'all have it already. I added a couple extra treats on this run such as the bonus cut 'Do Ya Wanna Hold Me, Girl', which was actually a discarded leftover from Magnesium Opium that just didn't fit that project. Also, this whole album has been remastered by my man St. Mic. Great job once again, brother! Will there ever be another new Nowfolk album? I hope so. Earlier this year I talked with Ish about recording a new one, but borrowing from our vintage 2002 beats, in hopes of recapturing the spark from that era, and combining it with where are now. I have countless beats from back then, still just sitting around, that would be perfect…At this point it's up to when Ishkan is available. I think it would be incredible! Anyhow, that's all for now. Thanks to URBNET for helping to keep the dream alive. Peace to my torchlight commission city planners and all my torcharoons around the globe. Bless. --- Moka O, October 2016.