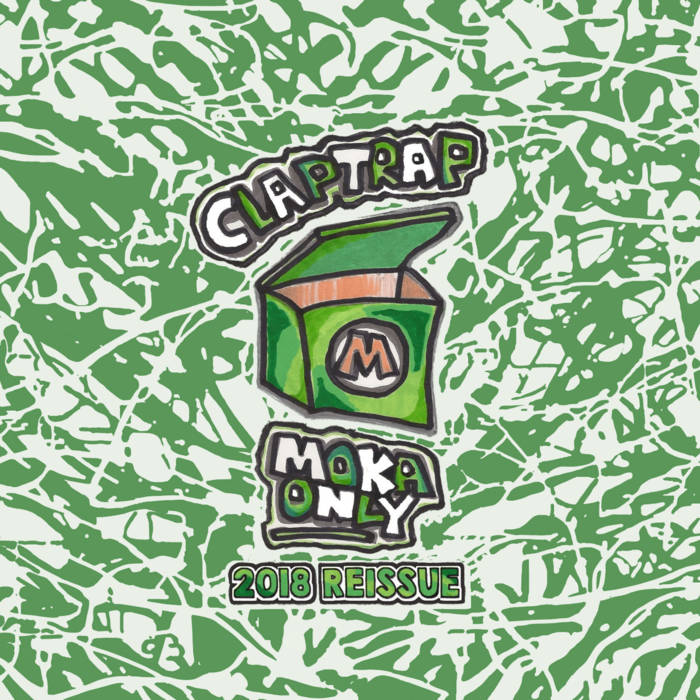 PRESS: EXCLAIM.CA
Vancouver's Moka Only may very well be the most prolific man in hip-hop, dropping so many releases on top of each other that every set should come with a recap just so fans know what they've missed. With next record Carrot and Eggs already waiting at chamber's edge, Moka quickly fires off Clap Trap, a beat-driven scattershot of raw ideas spliced into two-minute segments that last just long enough to get you attuned to one sound before it's on to the next. Tension and conflicted moods run throughout the producer/MC's detailed creations, like the weighted piano, protruding bass line, creeping guitar wails and disconcerting effects of the frustrated "Time To Clean Up or the ominous, meandering keys of "Bank On It." The intricate, late night grooves that fill out the set offer just as much musical food for thought, and Moka goes out strong, his muted, distant voice echoing to noted effect on closing Beatles cover "And I Love Her." Interested parties better get this one while it's hot because, at this man's pace, Clap Trap will undoubtedly be three albums old and gone by the end of the year.

Do you find your lyrics sometimes take a back seat to the music?
I do definitely cater to people that are more beat-oriented and that enjoy the music and not just lyrics, "cause to tell you the truth, the only reason that I really do the raps is so that I have some icing on the cake. I'll admit, I'm really not even saying all that much; I'm just vibing out  that's all it is. I don't have the answer to the universe and I don't have the solution to political woes. All I'm trying to do is just make some moods and lighten things up a little bit for people.

Are fans generally able to keep up with all of your releases?
No, but that's their problem, it's not mine. I do it for me. And I don't have any illusions about my status; I don't wile-out thinking I'm this big star. I truly just do it, and it's nice to be able to make a living off it and be able to eat off it. But fortunately I feel like the buzz is really coming back, and it's opening a lot of new doors for me. It's not like in the past when I did the stuff with Swollen Members. We had some lucky breaks and it blew up and I'm grateful for that but with this and me doing it only when I want to and not worrying about the commercial crowd, it's taken a lot longer. (Urbnet)
Published Aug 23, 2008 By Kevin Jones
~~ exclaim.ca/music/article/moka_only-clap_trap


TORONTONOW.COM
Rating: NNNN
Drawing the parallel between kindred spirits by re-interpolating Mos Def's Body Rock for Carrottro, the LP sprinkles a dash of Madlib, Kanye West warmth and Moka's own organic jazz funk into yet another whimsical collection of work.

Psy of the Oddities plays narrator, imploring you to "soak yourself in everything the egg has to offer and the carrot will do to you," whatever that means. Pure Moka. And Buck 65 joins in the insanity, too.(Yay!) Moka Only's short and sweet concoctions are still coming up as fresh as Vermilion and better than Clap Trap. More ripe concepts, seamless sequencing, plus features like Pharcyde's Bootie Brown philosophizing on Hardly Say and Sadat X waxing nostalgic on The New Era B-Boy Pockets certifies this album as straight-up dope.

Moka cooks up some food for thought about the feast of life with fresh ideas, but what's wrong? Why don't the masses bite? Is he too insular? I doubt it. The music shines, I see ads online, he tours and does videos. And people still sleep on his unique catalogue. Canadian rap is outta control. Just scrambled.
BY ADDI STEWART
~~ nowtoronto.com/music/album-reviews/moka-only-2008-12-03/

Guests include Kassa Overall and Muriel Grossman, plus an LP of the week by Van Hunt.